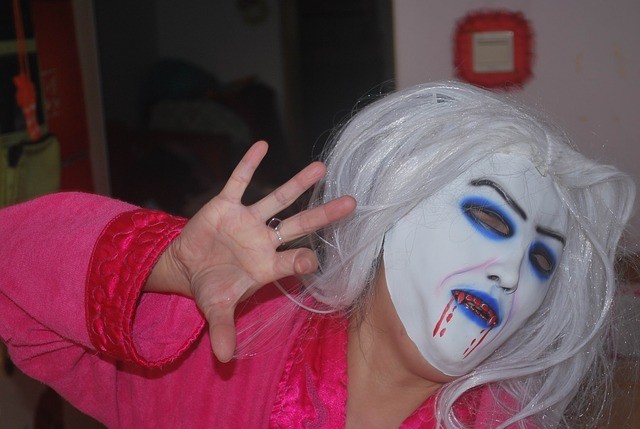 Dress up is an activity that most children used to participate in, but it has become less popular with the rise of technology. A child’s development can be enhanced by dressing up as various characters and acting out historical events or anything that comes to the child’s mind.

Imagination is one of the most important things in life. Kids can dress up as superheroes, TV characters or real life heroes. The creativity that is sparked by this activity allows the brain to develop more than it would ordinarily with technological devices. The creativity inspired by dressing up can transfer into careers later on such as the performing arts: musicians, artists, and actors.

For right now, dressing up can help improve a child’s confidence and self-esteem. As they learn how to dress in a way that promotes self-expression, their development as a human being is enhanced. They can try out different roles by pretending. Does a child want to be a superhero, an astrophysicist or a favorite character in a book? Becoming secure in one’s worth as a human being is an important part of life and can be increased by an imaginative spirit and dressing up as a hero or role model.

Learning how to express oneself through clothes first happens in dressing up. It can also foster a child’s communication skills. Often the act of trying on different outfits leads to story-telling between friends and scenarios which include back and forth talking between children. The act of extemporaneous speech and acting is a skill that can be harnessed and used in business and other aspects of life later on. Being able to communicate one’s thoughts and ideas to others is a benefit that cannot be outweighed.

There’s no limit to the ways that kids can dress up. The child can imagine he is a pioneer on the Oregon trail or panning for gold in the Yukon. Other ideas include making a new scientific discovery, being a famous concert pianist, becoming President of the United Sates or going on a safari.

Also, it should be noted that the action of smiling and laughing can be brought on when children or even adults dress up. Putting on silly clothes or realizing that an outfit from years gone past looks really strange nowadays can bring a giggle to a child’s spirit. Scientifically, laughing and smiling are benefits to the soul and body. The act of laughing can bring more confidence or the fact of being amused at one’s mistakes.

Raising confident and happy kids is something that all parents want to happen. If tomorrow, your child decides to mimic your actions or the way you dress, see it as praise and encourage the child. Also, inspire them to create their own voice and way to dress.

Encourage them to make their own costumes out of things they find around the house – within reason, of course. They’ll be learning skills that could save you a bundle on expensive arts and crafts toys. Why not create a new costume idea that seems strange or silly? The developmental skills gained by thinking outside of the box can be monumental and may lead to something big down the line.

So there are tons of ways in which dress up is good for kids. Fostering the imagination will lead to the child growing up into a well-balanced and successful human being. It’s a lot of fun, too!

4 thoughts on “Why Dress Up Is Good For Kids”